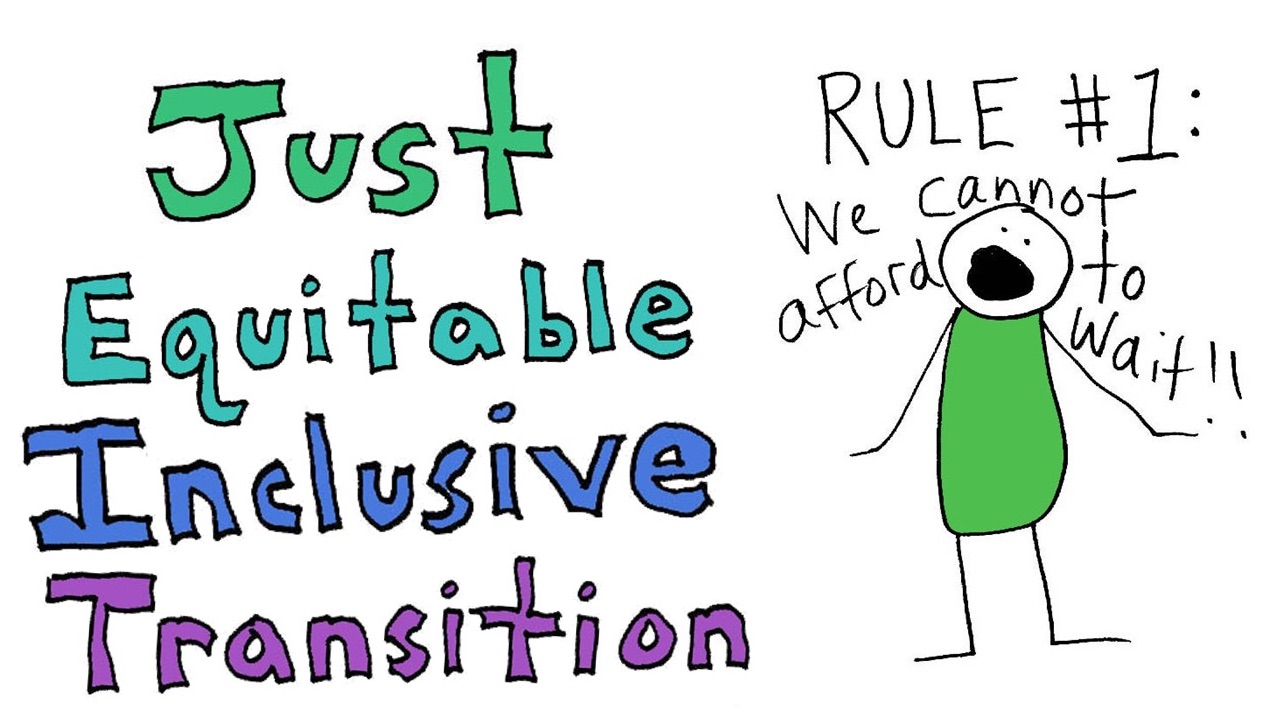 Climate Justice Taranaki is skeptical of public workshops beginning this week on a ‘Taranaki 2050 Roadmap’. The workshops continue the Tapuae Roa strategy and action plan recently written by the Ministry for Business Inovation and Enterprise (MBIE), the four councils and business heads with only some iwi input.

“The idea of this just transition plan sounds great but in reality it’s the same old profit-driven, environmentally and socially destructive global capitalist model. This is the exact model that in only a few generations brought us to the crisis we now face. What’s more, the community is only getting a say once they already agreed on the core of the plan and the workshops are being held during work hours when most people can’t participate. It’s unworkable and unjust.” says spokesperson Emily Bailey for Climate Justice Taranaki.

“The problem with the plan is the focus remains on growing the economy and increasing international shipping and tourism. There is still a complete lack of understanding that economic growth typically comes from social and environmental degradation. It is highly unlikely alternatives to the huge energy-guzzling ships and numerous planes we now use will come online by 2050. Importing and exporting goods is also incredibly wasteful and shifts profit from the poor producers to the rich traders. Remaining reliant on this market model leads us blindly to a collapse of global dairy markets and international tourism – this country’s two largest earners.”

“Our current gas fields are quickly running out and we less than 12 years left to turn the tide on climate change. More efficient use of gas such as the new H2 project is just too little too late and still too polluting given the massive CO2 emissions when burnt, fugitive methane emissions from numerous leaks and nitrous oxide emissions from the urea fertiliser they want to make – not to mention the burping cows. When you calculate methane not in a 100 year cycle but in a 20 year cycle like we do for CO2, it is actually 84 times worse than CO2. Nitrous oxide is 300 times worse.”

“Millions of public money should not have been given to “high risk” energy development projects for big business. It should be supporting thousands of small-scale, diverse and sustainable local projects run by communities who know what needs to be done. Just transition economies exist but the government has chosen to put our country’s future in the hands of those who created the mess we are in: profiteers.”

“We have to face the fact that a just transition involves much more than phasing out fossil fuels. A just transition must address the fact that all natural resources and ecosystems are on the brink of collapse due to our modern take, use and trash lifestyles. We need to shift our economic focus to the local community level. We need to rehabilitate native ecosystems such as fisheries and decentralise and connect communities with diverse farms and workshops that provide food and other products for locals. This is just transition. Our current trajectory is extinction and the only alternative is rebellion to the status quo.” concludes Bailey.

As Naomi Klein said “the answer is far more simple than many have led us to believe: we have not done the things that are necessary to lower emissions because those things fundamentally conflict with deregulated capitalism, the reigning ideology for the entire period we have been struggling to find a way out of this crisis. We are stuck because the actions that would give us the best chance of averting catastrophe — and would benefit the vast majority — are extremely threatening to an elite minority that has a stranglehold over our economy, our political process, and most of our major media outlets.”